Step Away From the Computer and No One Will Get Hurt

When Your Writing Goes Wrong 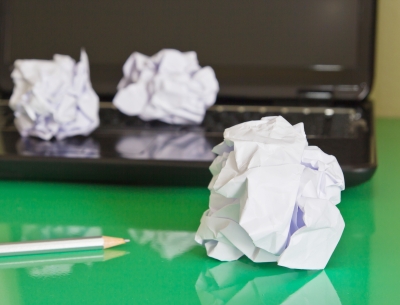 You’re writing a story. You write a few pages, maybe a chapter or two (if it’s a novel), and then you reread it. Something is wrong. Maybe it’s the tone (too dark, too frivolous, too dry) or maybe the characters aren’t behaving the way you want them to. What do you do?

Write a new beginning with the tone you want and try to fold it into the story.

This won’t work. (See? I just saved you time and hair-pulling.) If you’re trying to change the tone of the story, inserting a section that’s different will only show you the disconnect.

Tweak or change the characters you like while keeping the setting and plot.

Yeah, this won’t work either. Characters are propelled by motivation, and if you change that, you change the rest. If you’re okay with everything changing, it could work but will require more editing and checks for continuity than it’s worth.

Put the story away. Keep the pages in case future stories could use it.

Write a new story with the same characters. Placing your characters in a different setting makes it easier to get them where you want them to be.

At least, that’s my take on it. I began a new story, reread it, and realized things were very wrong. I tried to rewrite the beginning and discovered nothing fit together. I put the story away and ate a lot of chocolate. (I omitted the chocolate in the above tips because I don’t want you to moan when you step on a scale.)

I liked my characters and knew I was going to keep them. But the entire slant of the story was wrong for me. The characters were willing to work with it, but I was unhappy.

They’re now in a completely different setting and I’m plugging away. So I’m offering these tips hoping that if you find yourself in a similar situation, this may help you avoid the pain.

* Image courtesy of Feelart at FreeDigitalPhotos.net