When Your Book Goes Sour 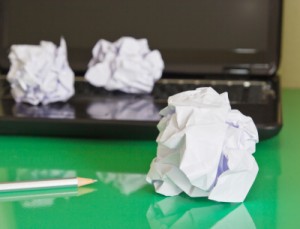 You’re writing your first novel. You get to page 155—155!—and then you stop, stuck. So you do more research. You wait, hoping that time will help. You reread it, because you need to keep all those complicated threads of plot straight in your head. Nothing helps.

Then you realize you made a plot error on page 86. Page 86. Everything after that has to be gutted.

The book sits for years, untouched.

Sound crazy? This is what happened to me. People stopped asking me when my book was going to be finished. And I stopped writing for years while that albatross sat on my shoulders. I dreaded even looking at those pages.

Eventually, there came a breaking point. I needed to write something.

So I started a story with no expectations. It felt so good to be writing again. I liked the people and what was happening in their lives and most of all, the joy of creating made everything in my life brighter. (That’s not to say there weren’t days and weeks of hair pulling as I wondered what was going to happen next on the page.)

Most of all, it didn’t count. It wasn’t the serious mindset of this is my first novel. It was fun.

But the joke was on me—that story grew and grew—and is now in the production stage as my first completed novel. Go figure.

Has something like this happened to you? Step away from the problem and start something new. Time will help you figure out if the first piece can be salvaged or not. And while you’re waiting, write something. It may surprise you.

* Image courtesy of Feelart at FreeDigitalPhotos.net

3 Truths About Creating a Book Cover 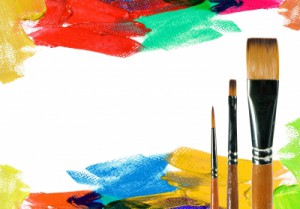 You’ve finished your book. Your baby, your darling, is ready to be dressed for the outdoors. You need the right cover, one that will draw strangers near to admire and read. There really are people who judge a book by its cover, and if this is your first novel (as this one is mine), you need something to draw people closer.

Right now I’m in the middle of working with a talented cover designer who is displaying great patience with me as I muddle through. This is what I’ve learned so far:

1. Your cover designer is not a mind reader.

If you give him fuzzy ideas, you’re going to get a fuzzy cover. I had vague ideas about it but didn’t bother to solidify them in my head. When my cover designer pressed me for details, I had to firm up those ideas in a hurry when what I really wanted to do was say, “I don’t know. Can’t you, you know, just do something?”

If you decide to go that route, don’t blame the cover designer for “doing something” completely alien to how you feel about it.

2. Don’t expect him to read the manuscript.

Chances are, he’s got other covers to create or another job or two. He doesn’t have time to read 350+ pages so he can “capture your vision.” He might even be a friend or relative. The rule still applies.

I wrote a synopsis of the plot with descriptions of the main characters, and added a three-page excerpt of a scene so he could gauge the tone I was striving for. Even so, I assumed he’d understand certain things and that’s where we fell off track. To repeat truth no. 1, your cover designer is not a mind reader.

3. Think about your cover before hiring someone.

The story was done. Therefore, I was ready to hire someone to create the cover, right? Wrong. My vague, hazy ideas floated in cloud shape with no definition but I was sure the cover designer would figure out what I meant. (Yeah, see truth no. 1—again.)

There are two things you can do that can help you figure out what you want on a cover:

The first background for my cover was too cheerful. I asked for a darker shade and it struck the right chord. Then I suggested a different style (after asking for advice from a friend who read the story) and it added the right depth. It’s a good start.

The reason the first color and design were wrong for my story was, well, see truth no. 1. I wanted to throw it at him and say, “Whatever you think works.” That way lies great unhappiness. I needed to have the vision before contacting a cover designer.

So there you have it. My cover is only about halfway done and that’s my fault. But it’s getting there.

* Image courtesy of scottchan at FreeDigitalPhotos.net

My Freedom to Write 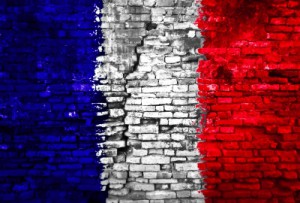 I wondered if I should write about this. I’m sure most people have heard about the tragedy in France that claimed the lives of twelve people who shined a light through their pens and determination.

I am a writer. My writing is in the field of urban fantasy. But the right to put pen to paper or type on my keyboard, the freedom to choose my topic and put it on the page and get it out there for people to read is a right that must always be appreciated and upheld.

According to the United Nations, in The Universal Declaration of Human Rights:

What if I disagree with what I’ve read? What if it disgusts me or insults my religion, my politics, my way of life? Well, I’m free to close the pages, Tweet my opinion or peacefully protest if I desire.

But the events that unfolded in France created (or perhaps reminded me of) an obligation to those of us who write: To write our truths, our loves, our hates. To be honest in our point of view. And to publish those truths.

I mourn for the lives lost in a senseless attack to stop words and pictures from being published. One might as well try to stop the sun.

And so, in honor of the brave ones who made their line in the sand and stood strong, I will continue to write. As should we all.

* Image courtesy of criminalatt at FreeDigitalPhotos.net

My Writing Resolution for 2015—Not 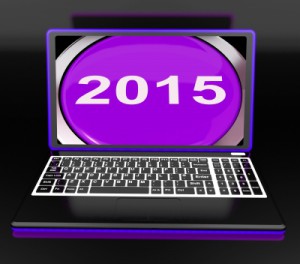 I used to make new year resolutions and, like most people, utterly failed to keep them (at least, I’ve never heard of anyone who did). I have my suspicions as to why.

It’s a whole freaking year. That’s huge. So we look at the big picture and get overwhelmed and in the end say, “Forget it.” Good thing no one will remember what we said we’d do. Or if they do, they won’t say anything in case we bring up their failed resolution.

And then, the same problem with a different reason:

This one’s for procrastinators. When we say, “Oh, that’s plenty of time,” and let the time move along with nothing done. Until half a year’s gone by, and then three-quarters and then—oops. Well, I’ll do better next year. There’s always next year.

Here’s my solution. A book is a large piece of writing. And with the added stress of a deadline (self imposed or not), it’s easier to sit and do nothing. Or pretend there’s plenty of time. Or decide that next year is better.

When I was in college, I used to freeze at the idea of writing a ten-page paper. Ten pages! Days would go by and nothing would get written. Finally, I sought help. My counselor asked me the question I’m going to ask you:

Can you write one page?

Yes, of course I could write one page, that was easy. “So write it and get back to me,” she smiled.

I wrote the page and went back to her. She asked, “Can you write one page?”

I caught on. Breaking the paper down into manageable parts, ignoring the size of it, made it possible to complete.

So. Can you write one page? One paragraph? One sentence?

If yes, then you’re on your way. Keep those small amounts in front of you and forget the whole.

And while I have the solution, it doesn’t mean I don’t need reminding. So I’m going to tape a sign in front of me:

Can you write one paragraph?

It’ll get me there.