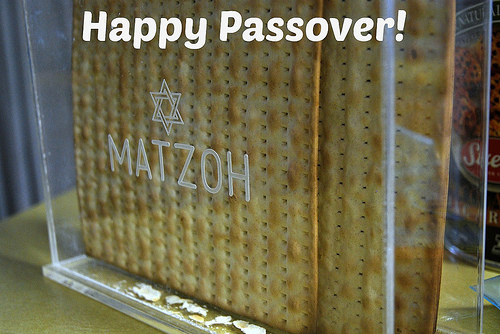 To all who celebrate!

Know What These are Called? 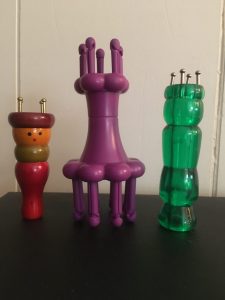 I grew up calling them horse reins but very few people know that I’m talking about these things instead of, you know, something for an actual horse. I’ve heard them called knitting spools and Nancy knitters. Once upon a time they were used to make reins for a horse.

Either way, they create a soothing, repetitive motion that results in a long, knitted rope. Coiled into a shape, the rope is sewn together and (depending on the length and yarn) turned into a coaster, placemat, or rug. There are probably other things to make, but those are the things that would be on my radar.

I was always told that using regular yarn to make a rug would be a bad idea because the rug would turn out too thin. But after watching a YouTube vid that showed how it was possible, I’m ready to get to work. Considering how much I hate sewing, this will be interesting.

But it will offer me that soothing, repetitive, meditative movement as the yarn loops over a peg again and again. I recommend it.

No Music for Eight Years 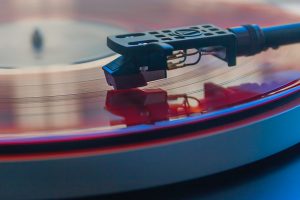 Sounds like a strange title, doesn’t it? I’m writing this just before the Grammy Awards air, so music is on my mind. But it’s true, I was without music for eight years. My hearing had deteriorated to the point where music (while wearing two hearing aids) was simply the sound of static.

When there’s nothing you can do about it, you remember the tunes you grew up on and move forward. But then I got a cochlear ear implant and suddenly music was within my grasp again. I was told to start with simple tunes to give the device (and my brain) a chance to interpret the sounds. I waited six months after the surgery before timidly turning on the song “Tapestry” by Carole King. Clear, beautiful notes flooded my ears. (Well, technically I don’t hear through my ears anymore but there isn’t another way for me to phrase it.)

After that, I hunted down favorite oldies. That took a long time. I was thirsty to hear songs I had only heard in my mind for so long. Then I began looking for the new.

It’s taking me years but catching up has been fun! I’m a big K-pop fan, especially BTS, and YouTube is my very, very good friend for finding music to rock to. This year my favorite album is BTS’s Map of the Soul: 7, and I really wish the Grammys had taken their heads out of their asses and woken up to the fact that a group produced an amazing body of work that’s been breaking records all over the world and isn’t in English.

One day, some day. But in the meantime, I’ll keep listening to the beats. Trust me, go without for so long and you will always appreciate it.

Photo by James Sutton on Unsplash 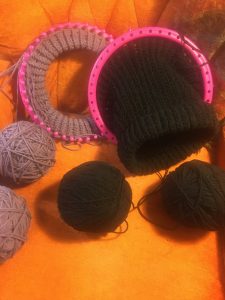 But winter hats are still being made. 🙂