5 Steps to Deal with the Winter Blues 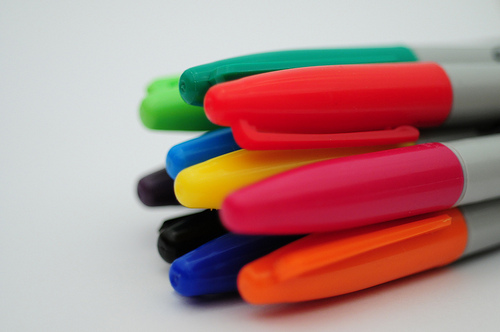 It had been a while since I wrote by hand instead of using my computer and I wanted to feel the difference. Because it is different.

As a writing exercise, I created a villain. He was big and strong and evil. Bullets couldn’t touch him, bombs made him sneeze, and even a building falling on him made him lightly brush off the debris as he climbed out of the rubble.

What had I done? I created a figure with no way to destroy him? What do I do?

I took out my pen and crossed him out.

And the feeling of satisfaction was stronger than hitting the delete key.

Oh, don’t get me wrong, I’ll still be writing via keyboard. But writing by hand gives me a a connection with my pen that doesn’t exist with the feather-light taps of my keyboard. Maybe it’s because when I write by hand, I write slower. Words and ideas have a chance to catch up to my fingers. I don’t know.

Try picking up a pen or pencil or even a marker. If you haven’t done it in a while, you probably won’t be able to write more than a few pages before your hand cramps or becomes tired. That’s okay. Practice will build up those muscles.

And if your pen feels scratchy or the strokes are too thick, find the one that feels good to write with. (But don’t make it a production equivalent to finding your true love. It’s just a pen.) I like to use a bold point pen while others prefer a fine point. Go and have fun.

This entry was handwritten.