So, What are You Doing at Home?

Opening the Window on Foreign Languages 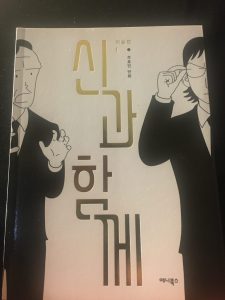 I’ve always sucked at foreign languages. Really, truly sucked. Seven years of Hebrew, two or three years of French, and the result is the same. I can say my prayers and offer a weak bonjour if I need to, but that’s about it.

Until the past few years. I decided to learn ASL, American Sign Language. Since I’m hard-of-hearing, I thought it would be a good language to work on. I was making decent headway but decided to change schools to a closer location and then the school I chose lost their teacher and things kinda fell by the wayside.

But it made me feel good that there was finally a language I could learn. Last month while in the public library, I was able to communicate with a deaf woman for a couple of minutes and it was so cool. I told her I was a beginner in ASL and to please sign slowly and she laughed and complied. It created a connection that was evident when she needed to use the restroom and signed to me, asking if I’d watch her laptop for a few minutes and I signed back that I’d watch it for her, no problem.

Inwardly I was bouncing like a cartoon bunny on caffeine.

Which brings me to the next language, the one that usually stops people in their tracks when I tell them I’m learning to read in it: Korean.

Why Korean? Well, long story short, I was reading a webtoon in English but it stopped translating halfway through the story. If I wanted to read the rest, I’d need to read it in the original language. Korean.

I had no clue what that would mean. I knew that Chinese and Japanese had thousands of characters, but I plowed ahead to discover what learning would entail.

Imagine my shock when I discovered that Korean has twenty-four letters. Twenty-four. I could do twenty-four. (And there were a lot of free resources online to help before I decided to buy books and apps.)

It’s been a year since I started, and more often than not, I’ve NOT been studying. But I’m enjoying the journey of it stress-free. I’ll get there when I get there. In the meantime, watching k-dramas with English subtitles and listening to k-pop has added to the fun. Learning about different folktales and cultural meanings is a breath of fresh air to a former Lit major whose concentration was Shakespearean comedies.  It’s a challenge and it feels like a window opening inside my head and letting something new rev me up.

Right now, all of us can use something like that.