COLORS: STORIES IN 5 SHADES IS HERE!

Walk With Me to Coney Island

COLORS: STORIES IN 5 SHADES IS HERE! 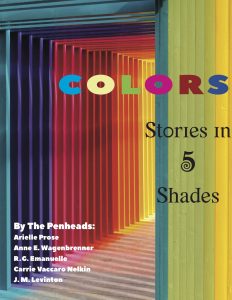 Here are the five stories we’ve written for you:

In these stories, color provides a focal point for our characters as they make their way through life.

We hope you enjoy them.

At Amazon: Colors: Stories in 5 Shades