Happy New Year to All who celebrate

Can You Unplug For One Day? 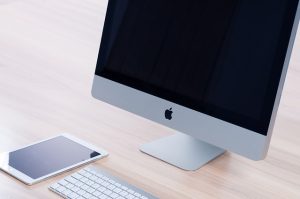 That means no Internet. No email, Facebook, Twitter, or whatever other social platforms you’re on, no looking up the weather or searching for whatever information you want to know immediately.

Can you do it?

I tried and it’s hard. What was I supposed to do with myself? And why did I decide to even try this?

The “why” was easy. I had just finished reading Provence, 1970: M.F.K. Fisher, Julia Child, James Beard, and the Reinvention of American Taste by Luke Barr and I was struck by how often they wrote letters to each other, even when there was a telephone. I remember writing letters to people and the joy of seeing a letter in the mailbox. And yes, email is wonderful and immediate and I wouldn’t want to be without it, but for one day, slowing down showed me how speeded up I was.

My restriction for the day did not include the phone but did include the TV. But before the day was done, I conceded that television (and DVDs) were acceptable. I considered turning on the computer just to open Word, but vetoed it—the slippery slope of good intentions had enough exceptions as it was.

I handwrote this blog entry. And the day was strange and blank as I went about my chores. I might as well have been on a lonely mountaintop. But here’s what I noticed:

So I went for a walk. I drove the slow way around to a supermarket. Traffic didn’t bother me because I was too busy absorbing the scenery and people. The attention I gave to earning points in a computer game was turned to watching a couple push their baby carriage down a tree-lined street while glued to their cell phones.

It was strange, but I’m going to do this again next week. Anyone want to join me? I’d love to hear your thoughts.