Getting the Benefits of NaNoWriMo Without Doing It

Are You Boring and Have Nothing to Write About? 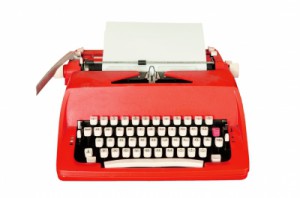 I’ve heard this numerous times and I don’t understand it. Do people think they need to live the life of James Bond or sitcom characters?

I’ve questioned every person who’s said this to me and before I know it they’re telling me something about themselves that has me riveted. And then they insist they have nothing to write about because they’re boring.

It makes me want to bang my head against the keyboard.

I can understand people saying they don’t want to write. If they tell me that writing is not something they enjoy, that’s like me saying I don’t like playing football. It’s not for me but there are other things I like doing so it’s possible to live a full life without it.

But to say they have nothing to write about? I don’t believe it.

I once drove from Texas to New York in a U-Haul with my car hooked up behind it and two cats on the front seat with me. People told me it was brave and exciting. I thought it was what I needed to do to get home. To me it was nothing special. To others, it was.

And that’s what I think when people say they’re boring. They need to put the story out there and if they write it to the best of their ability, then it’s the reader who gets to decide if it’s boring or not.

When we say to ourselves, “No one wants to hear about that,” we’re speaking for the reader—and who are we to do that?

Need a topic? Go with the basics. Family, pets, school, a hobby, a sport. Remember what things felt like. Allow yourself to see it from an outsider’s point of view. Sharing that piece of candy with the new kid in school was important.

And if you’ve written something that turns out to be boring (highly unlikely if you’ve done it right but I’m going to consider it could happen), think of it as a warm-up exercise. Pick another moment in your life and start again. That’s what all writers do anyway.