Are You Ready to Publish Indie? (Part 1)

Are You Ready to Publish Indie? (Part 3)

Are You Ready to Publish Indie? (Part 2) 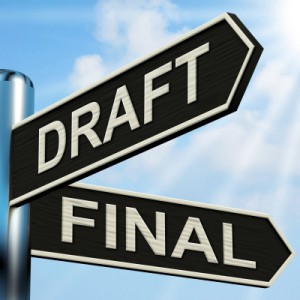 You’ve written your book, hurray! It’s completed, you are done.

Did you run it through a spell check? Great. Move to step two. Did you have it edited? If not, then no, it’s not done. Go back one space.

If we, as indie writers, want the same respect as traditionally published authors, we need to do the work. We either do it ourselves or find someone to do it for us. That’s what happens when you own your own business. You wear many hats and it’s a lot of work no matter what. That doesn’t mean it’s not a joy, just that you need to be aware that skimping or cutting corners will most likely result in a weaker book and fewer sales.

You can pay to have someone edit but that’s an expensive route to take. I’ve written about joining writers’ groups and I stand by that as a good way to get valuable input. Your cat, alas, has no interest in the genre and your dog is too eager to please. Family and friends may side with either pet. Or they may simply not know enough to help.

That doesn’t absolve you from getting it done. Make sure your book is edited. Until then, it’s not done.

After listening to my writers’ group, I pruned and polished until I was happy with the result. I still had the final say but they made many good points that made my story better. During and after this process, I had proofread and edited my novel countless times and still found that I had typed in the wrong word in a sentence. I was so sure the book didn’t need to be reread again. I was wrong. (In case anyone is thinking that they wouldn’t make such a mistake, let me state that I’ve edited professionally in-house for many years and had nonfiction articles published in magazines. We’re still human. And we’re too close to our own work. Learn from my mistakes.)

Now, imagine I hadn’t caught that error. The book would have been published and hopefully, people would be reading, totally engrossed in the story. And then…a sentence doesn’t make sense due to that one word. And the reader gets flung out of the fantasy.

I’ve read too many reviews where the reviewer said it was a good story but too many spelling errors or continuity problems made it hard to get through. Why would a reader pay to read anything else by that writer? Oh, right. They wouldn’t.