Getting Prepared: How to Write When You Can’t

The Joy of Reading Indie 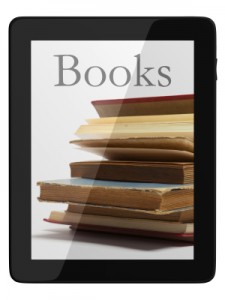 I’m late to the indie game, for three reasons. First, because I have only a Kindle App, any ebooks I buy must be read on my computer. Second, there was an element of snobbery. I envisioned wading through piles of slush and rolling my eyes in despair to find something good to read. After all, traditional publishers have been the gatekeepers, the ones to keep bad writing from landing on the shelf, right?

And third is the cost. I’m a voracious speed reader and I reread books. So there are many times where I’ll get a book from the library and decide it’s something I’ll want to read again, and then I’ll buy it. Libraries don’t stock indie books, whether ebook or paperback. So there’s a higher monetary risk.

Twitter changed my perception. I saw many writers with self-published books and as I read the descriptions and reviews, I realized that it might take a little more work to find something I’d like to read, but that’s always been the case with reading books published traditionally as well.

So I took the plunge and was very glad I did. These are three I’ve read recently:

Alice K. Boatwright’s Under an English Heaven: An Ellie Kent Mystery, a charming, down-to-earth cozy. I look forward to future books in the series.

Edward M. Erdelac’s Merkabah Rider: Tales of a High Planes Drifter, is definitely different. A Hasidic gunslinger who hunts demons in the Old West. I was impressed with the quiet prose that crept into horror so deftly.

Peter John’s Dead Medium, a humorous spin on the afterlife—what if the medium was already dead?

*Image courtesy of adamr at FreeDigitalPhotos.net