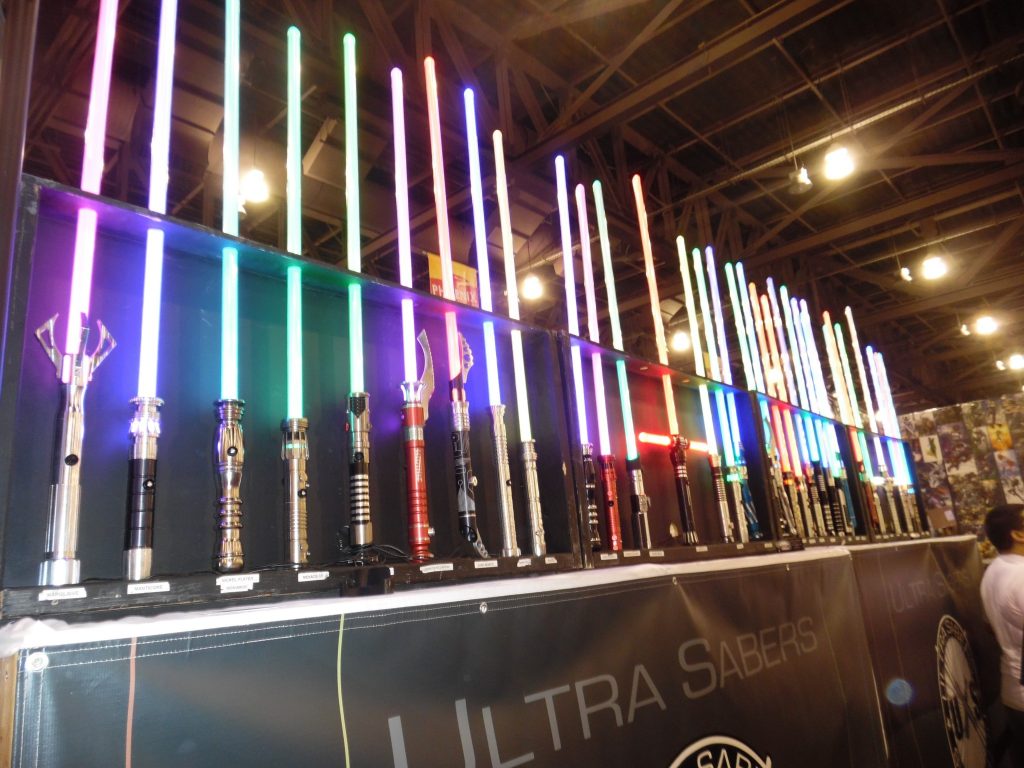 Okay, yes, I was tempted. But really, there’s no room to swing a light saber in my house and somehow I didn’t think the airline would have been too happy. So I took this photo, drooled, and moved on.

Continuing from last week’s post, it’s a pleasure to feature the authors I met at the Con. They were welcoming and generous with their time and I enjoyed talking with them. I thought this was going to be a two-part entry but decided that there will be another post about the Con and the authors I met so stay tuned. 🙂 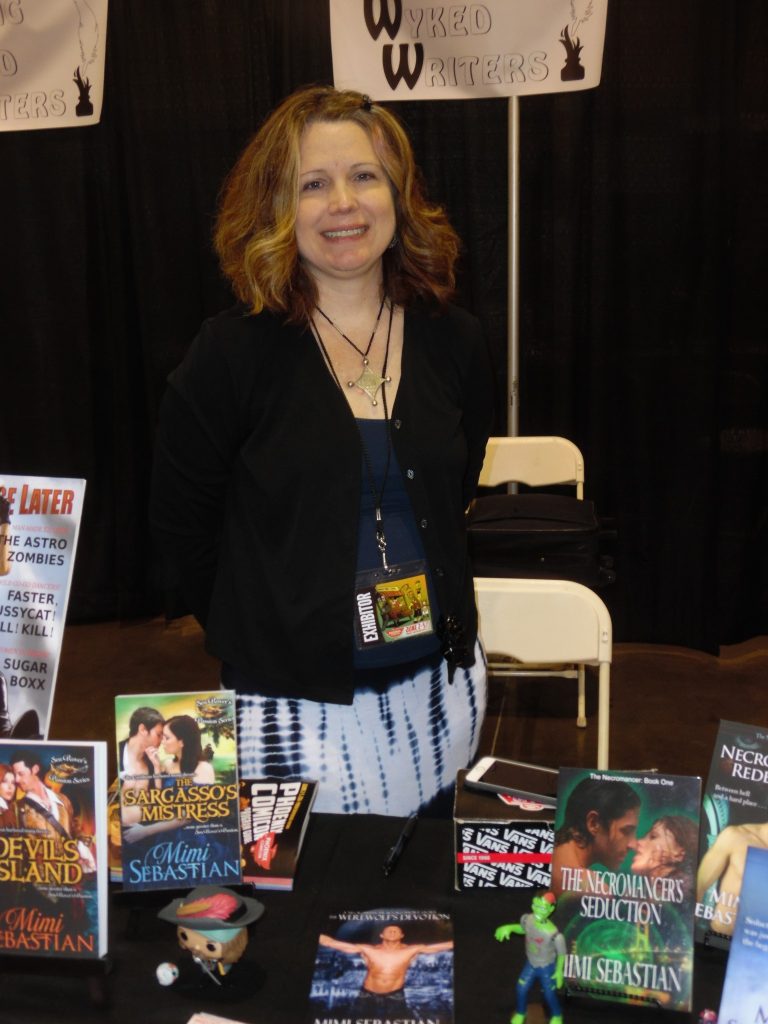 Mimi Sebastian, author of the Necromancer Books. (I certainly have a lot of books to check out from the Con!) 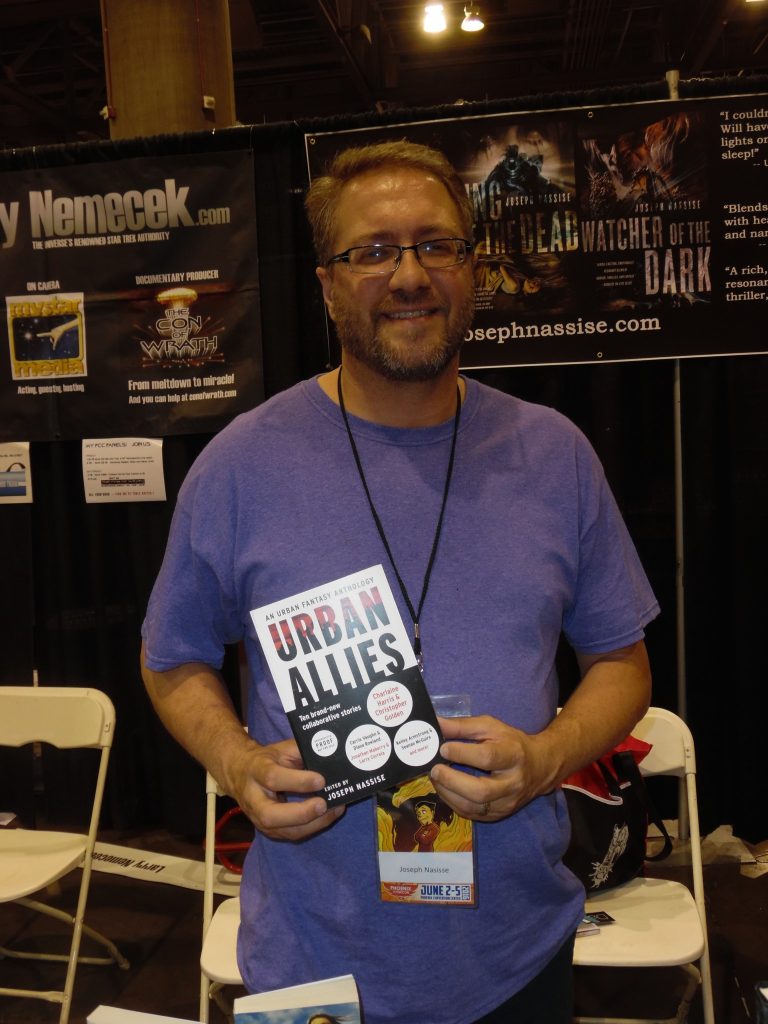 Joseph Nassise, who gave me the publisher’s copy of Urban Allies, and autographed it, as well as: 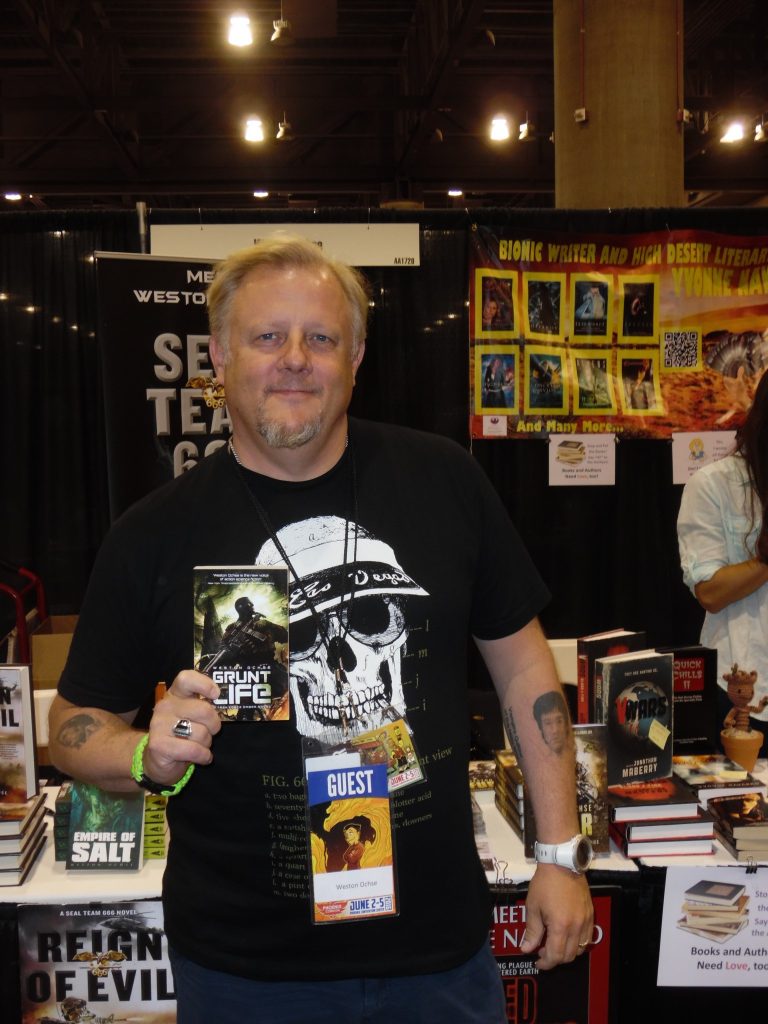 Weston Ochse, who autographed it as well! I love anthologies because it helps me find new authors to read. 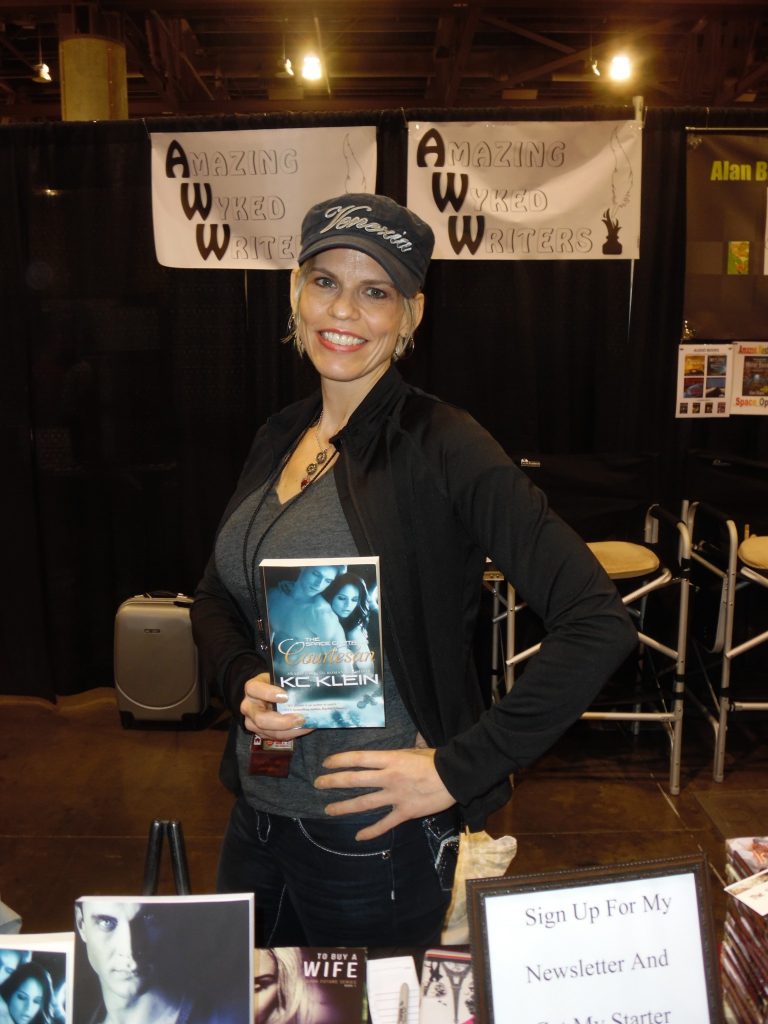 KC Klein, whose card reads, “Writing Love Letters to the World One Book at a Time.”

And what would Comicon be without costumes? Here’s a cool one, also from the Star Wars universe: 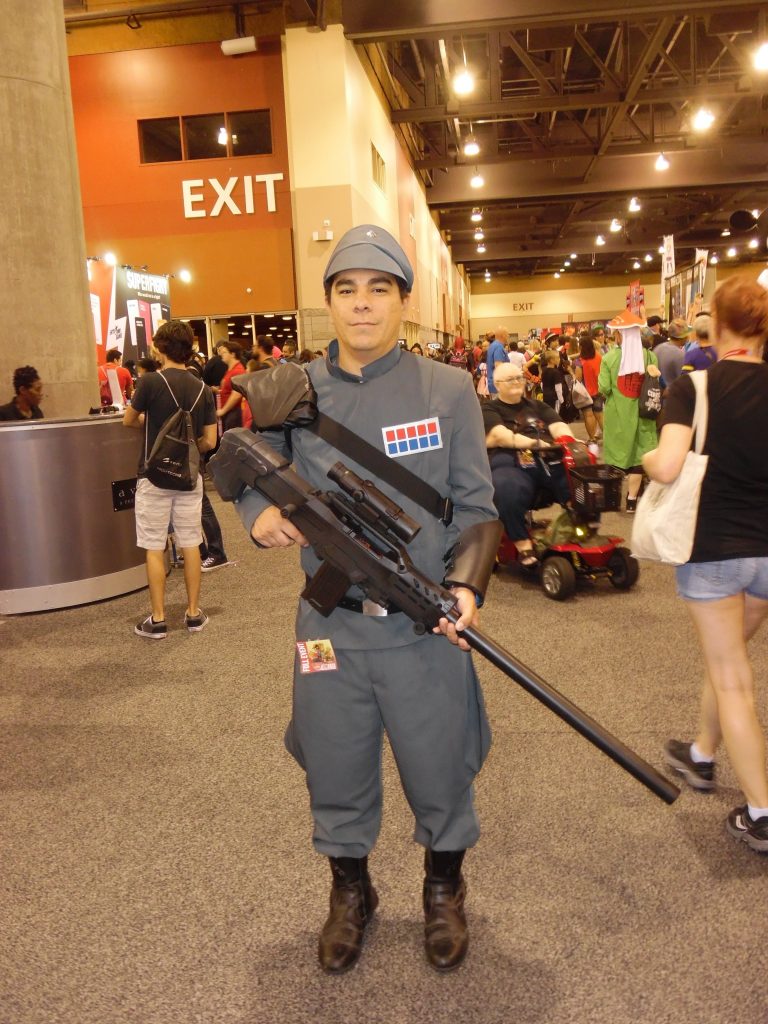 (I didn’t catch his name but I did get his permission.)

See you next week!