No Time to Write? 5 Places That Will Give You Time 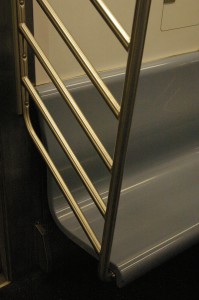 I’ve read of people who get up an hour early and write before officially starting their day. More power to them. My family and friends would laugh themselves silly at the idea of me doing that. I’ve been known to growl at people trying to wake me early. And mean it.

So I came up with alternative places that carved out hours of writing time and thought I’d share my list here:

I tried this because I was desperate and bored. I whipped out a little notebook and wrote, and to my amazement I completed two pages by the time I reached my destination. (Be prepared for strange looks and even having people move away from you. I’m still not sure if that was because I was using paper and pen instead of tapping away on an electronic device or because they thought I was writing about them.)

If you’re facing a drought, this is still a viable choice. I never said you had to fill the tub, did I? Get comfortable, write, and when you’re done, take a quick shower. No one will know the truth and you’ve carved yourself up to an hour of writing time.

The only down side of writing here is to make sure you’re not so engrossed that you miss your turn. (Yes, this has happened to me.)

I’ve scribbled a few notes while on line at the supermarket, the post office, and the bank. Go on the weekend when the lines are really long. Remember to occasionally mutter, “I forgot to do that,” from time to time, and people will think you’re making a to-do list and ignore you.

You can get a lot done during the wash cycle. Once your laundry’s in the dryer, you need to pay attention to it unless you like ironing or giving up your favorite shirt to dress a teddy bear in. (Multiple washes during the week or both days on the weekend will double the time if you’re desperate.)

And there you have it. Five places that will give you time to write. They may not all be possible for you but I hope they will give you ideas for yourself.