Cold Weather, Writing, and Me

New Cat in the House 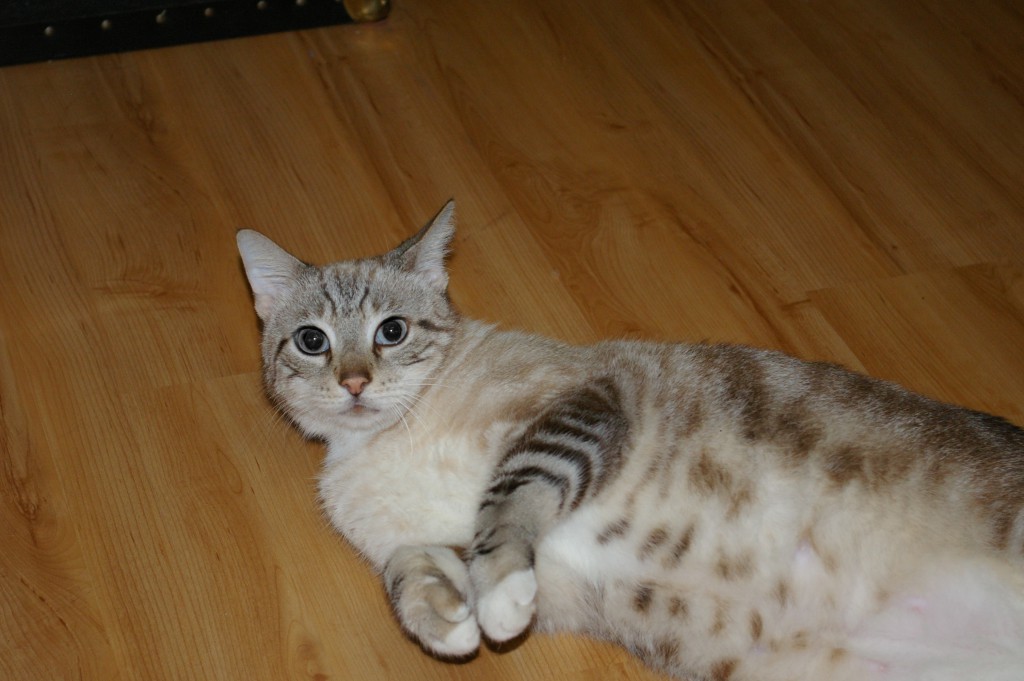 I was going to write something generic here. About writers and pets, with maybe a few quotes scattered about. But the fact is, after being without a cat for three years, there’s a new guy in the house and I want to write about him. Bear with me.

He’s about five years old and what’s called a Lynx Point Siamese. I had no idea what he was, just that he was friendly, with an unusual coat and blue eyes that blinked a hello through the cage bars. And, unwilling though I was to consider it, he entered inside my home, already named Frankie. (Ole Blue Eyes, although his tone is less melodious.)

For the first few days, I wrote and edited while he found a hidey hole to make himself comfortable. It was as though there wasn’t a cat in the house; very odd.

It’s been a week, though. He’s not yet comfortable with the idea of sitting in my lap as I write. But he sleeps nearby on the couch, sprawled out on his back in a way that comforts me. I know he wouldn’t be sleeping so unrestrained if he didn’t feel safe.

There will be two cats entering my characters’ lives in my next novel and the demanding tone in Frankie’s voice reminds me how individual he is—and to make sure my fiction-cats offer their own voices on the page.

(There—I connected my cat to writing.)

He’s a little too serious and well-behaved but I hope, as he realizes he’s here to stay, that that little streak of devilry I see when he plays with a toy comes out. Though not while I’m correcting proofs. (Yes, I know he’ll lie down right on the spot I’m trying to read, but I can dream, can’t I?) 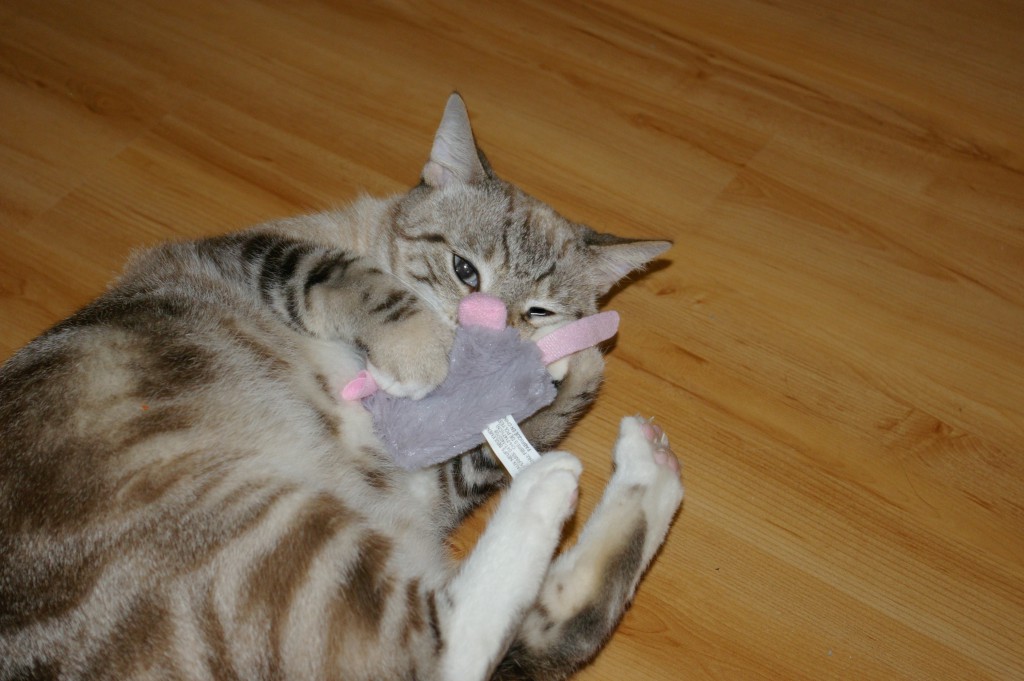