No Blog This Week

Movie People—Stop Changing the Ending of the Book! 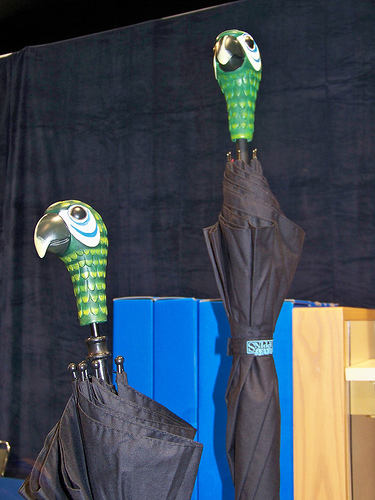 SPOILERS for Mary Poppins Returns, you have been warned.

I understand taking poetic license with stories. And Mary Poppins Returns is not the same as the book Mary Poppins Opens the Door by P. L. Travers. A major difference is that the book continues the adventures of Jane and Michael Banks as children. For the movie, updating the premise worked.

But there’s one glaring change in the film that made no sense to me.

In both, Mary Poppins says she will stay until the door opens. From the book:

“I’ll stay—” she said, after a little pause. “I’ll stay till the door opens.” And as she spoke she gazed thoughtfully at the door of the Nursery.

Mary Poppins glared. “I meant the Other Door,” she said.

In the film, Mary Poppins basically says the same thing. But in the book, the Other Door is the door of the Nursery reflected in the window. And there she was in that reflection, opening the door and walking through to the sky. The children saw her leave and were upset but they got to see her leave.

I looked forward to that scene. There was a sense of anticipation, a knowing, that with all the changes, that was obviously going to be there.

The movie didn’t do it. Mary Poppins disappeared without them seeing her leave and the filmmakers tried to make sense of her remark with grown-up Michael about to enter his house with his family, saying something about the door being open in his life. A little pop psychology I could have done without.

What to keep, what to cut, what to change are important decisions when adapting a book to film. But certain parts shouldn’t be messed with. For the people who haven’t read the books, nothing was missing. But to me, it was a misstep.

This isn’t the first time I’ve run into this problem. A manga I enjoyed reading (with over 300 chapters) was turned into a TV miniseries. They did a fabulous job—right up to the end, when they decided to make it bittersweet instead of the happy ending in the books. Well, that’s one anime I didn’t buy.

But why? Why change something that worked? Can anyone give me an explanation?