Reading Other Writers on the Path

Looking for Magic and Writing Your Way 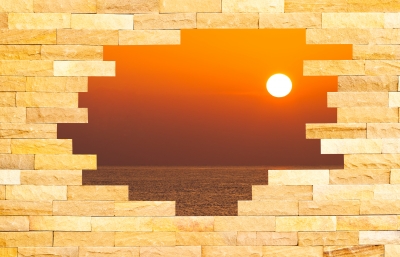 How do you see the world? Your street? Your neighbors? Do you observe strangers’ body language and clothing and imagine they’re on their way to rob a bank? Are they en route to perform surgery? Or will they melt into the ground as soon as they turn the corner?

How does it all look when you gaze at something? What does it feel like? Where does your mind take you?

I was eight years old and squeezed into the corner of a tiny elevator with my family. Our eyes were on the elevator door, waiting for it to open. Suddenly, the solid wall I was pressed against disappeared, and I fell through. The only thing that flashed into my head was Alice.

I was completely prepared to go down that rabbit hole and a little disappointed when I didn’t. (I had never heard of an elevator with a second side door.)

Years later, I was watching (for the umpteenth time) The Empire Strikes Back in the movie theater. And during the scene where they’re flying through the asteroid field, everyone gasped—one of the asteroids came out of the screen. I gripped the arms of my chair. I was ready. So was everyone else. Then we laughed. Someone’s helium balloon had floated to the ceiling and stayed out of sight until the air conditioning propelled it to move. That it moved during the one scene it actually fit into was unintended whimsy.

So I was puzzled but game when a thriller popped into my head. I wrote for years, manipulating the strings of an intricate plot until I got stuck on page 155. And the block lasted for years. I realized that I had made an error on page 86, and to fix the book, almost 70 pages had to be gutted. Then writer’s block really gripped me. And my family stopped asking when I’d finish it.

I eventually hid the pages away and began a completely different story.

I wrote for pleasure. For fun. For the joy of creating. I always loved urban fantasy. It belonged with the person who expected walls to disappear and asteroids to emerge from movie screens. And this time, my expectations were to enjoy the people I was with and tag along on their adventures. Sentence by sentence, the story emerged.

And now the book is complete.

I’m not sorry I wrote the first one (although I wish I could have let it go sooner than I had). There was a time in my life when it made perfect sense to write that sort of book. But magic filtering through the aisles in the supermarket while I load my cart? I’m so there. And if I have to wait for those magic portals and fairy creatures to appear, I’ll write my own in the meantime and hope there will be readers along for the ride.

So, where are you? Which worlds are you living in? What do your eyes see?

* Image courtesy of satit_srihin at FreeDigitalPhotos.net